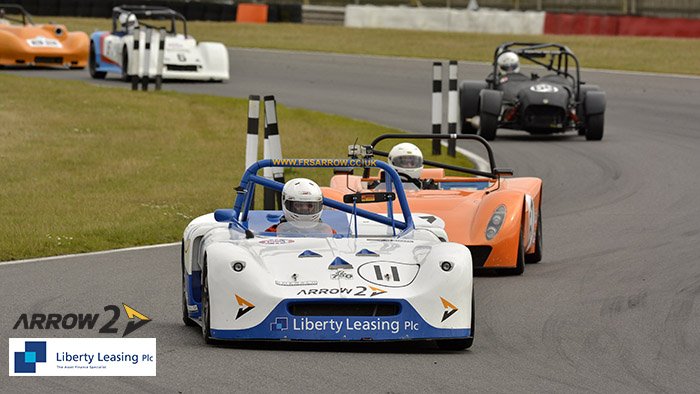 In 2016 we shall have 2 cars competing in the 750 Motor Club Sport Specials Championship and we are seeking to place the second car with a driver that is less senior in years than the designer John. During 2015 the prototype Arrow2 ran at the front of class A but there must be a quicker young driver out there for this brand new second car. Obviously we are looking for a contributon from the driver however we are quite open to different schemes. The most economic would be for a seasons rental and the driver providing their own preparation. Alternatively we can offer single races or multiple races on a fully supported arrive and drive basis.
This new Arrow2 incorporates all of the enhancements developed in 2015 on the prototype and has an impressive amount of aerodynamic downforce. The brand new Class A Duratec generates 190HP and that is effectively transmitted to the track by the mid engine layout of a car that weighs only 520Kg. If you have the ability to drive a car that has winning potential then get in touch. Email: john@frsarrow.co.uk or call 07810 867650.